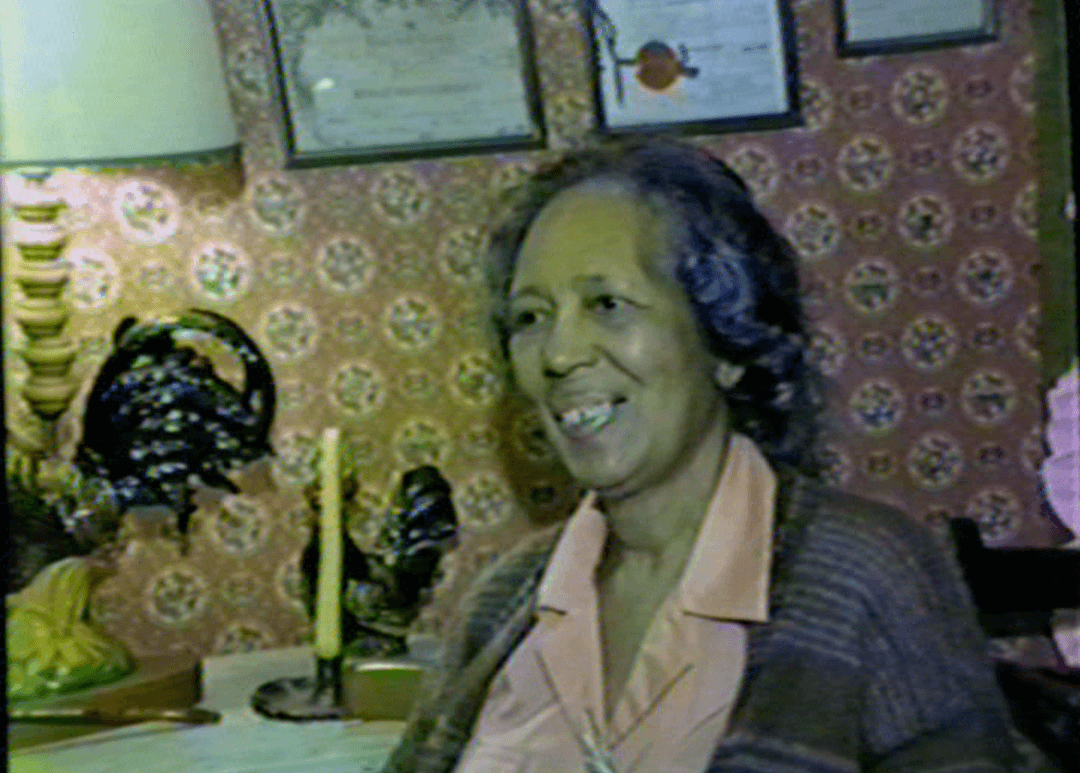 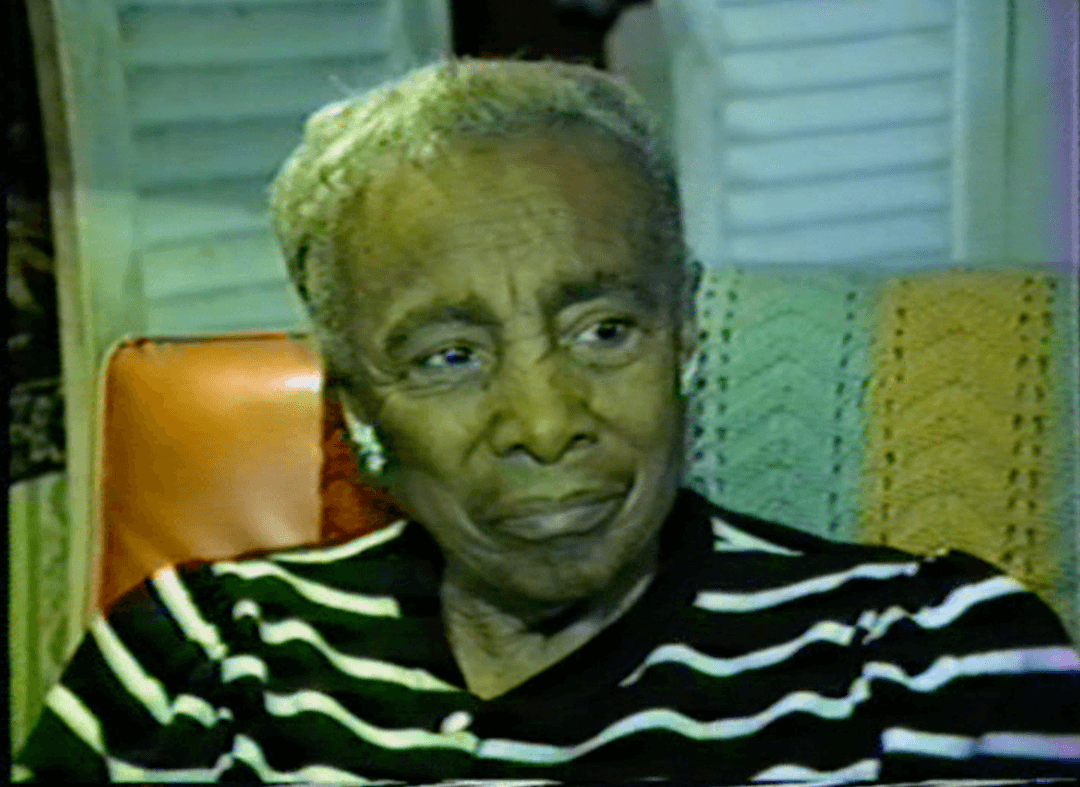 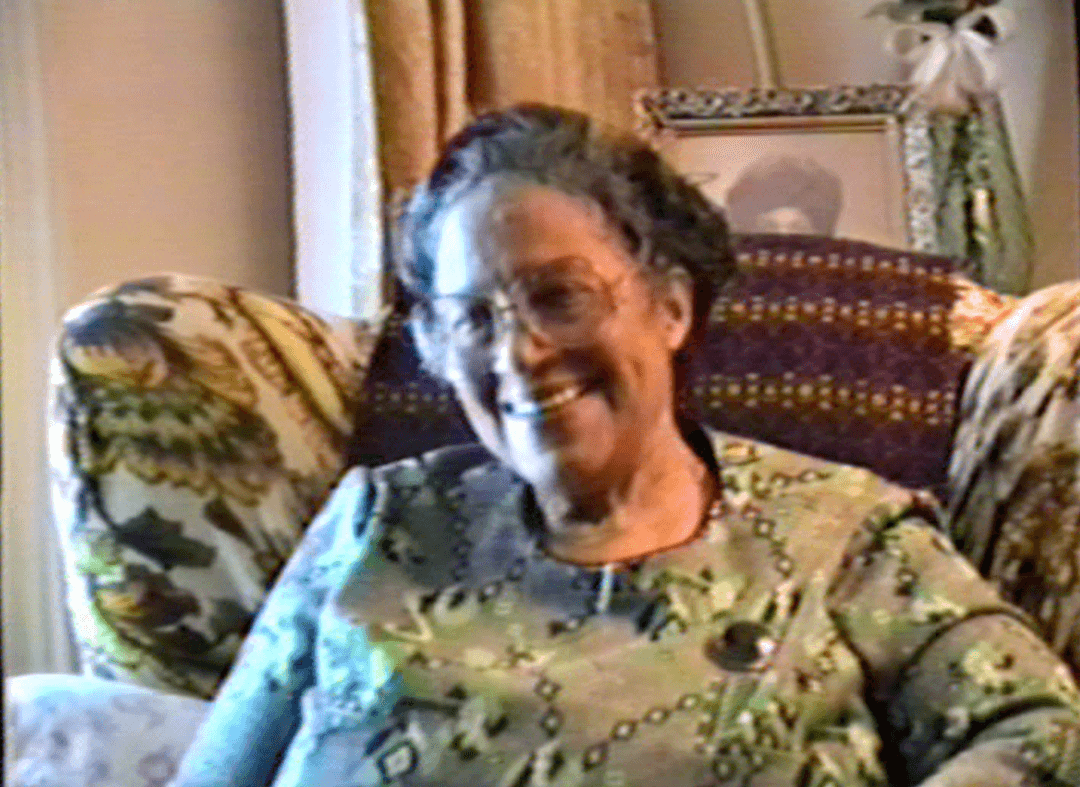 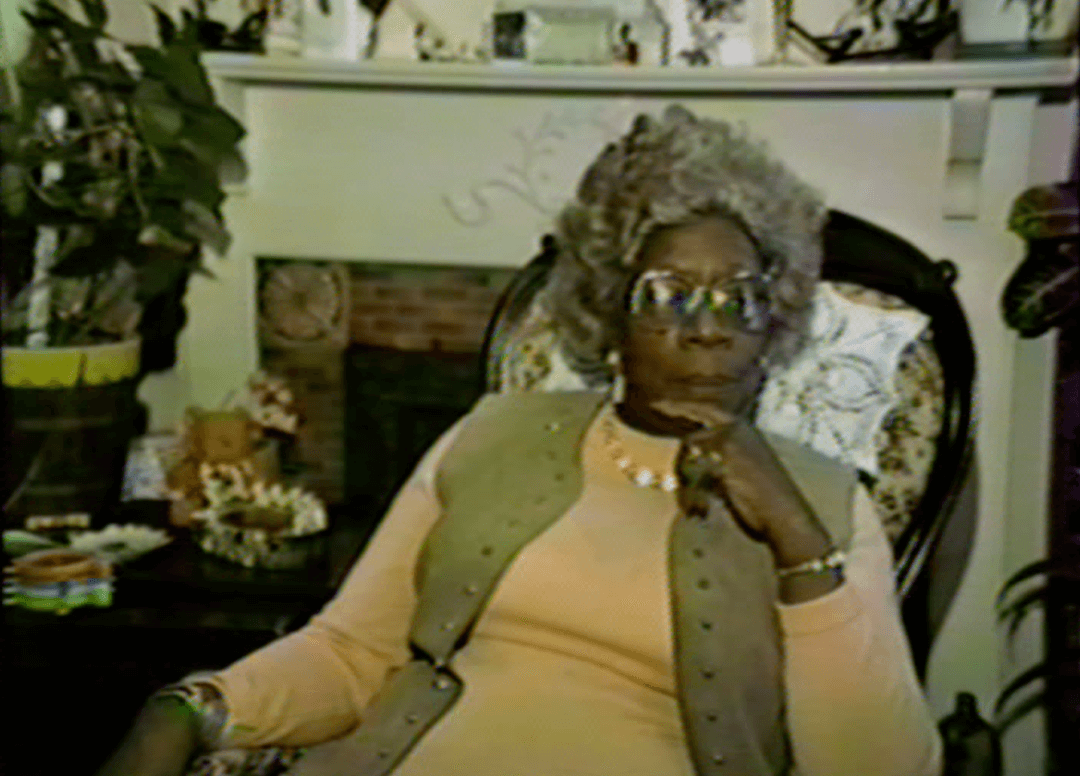 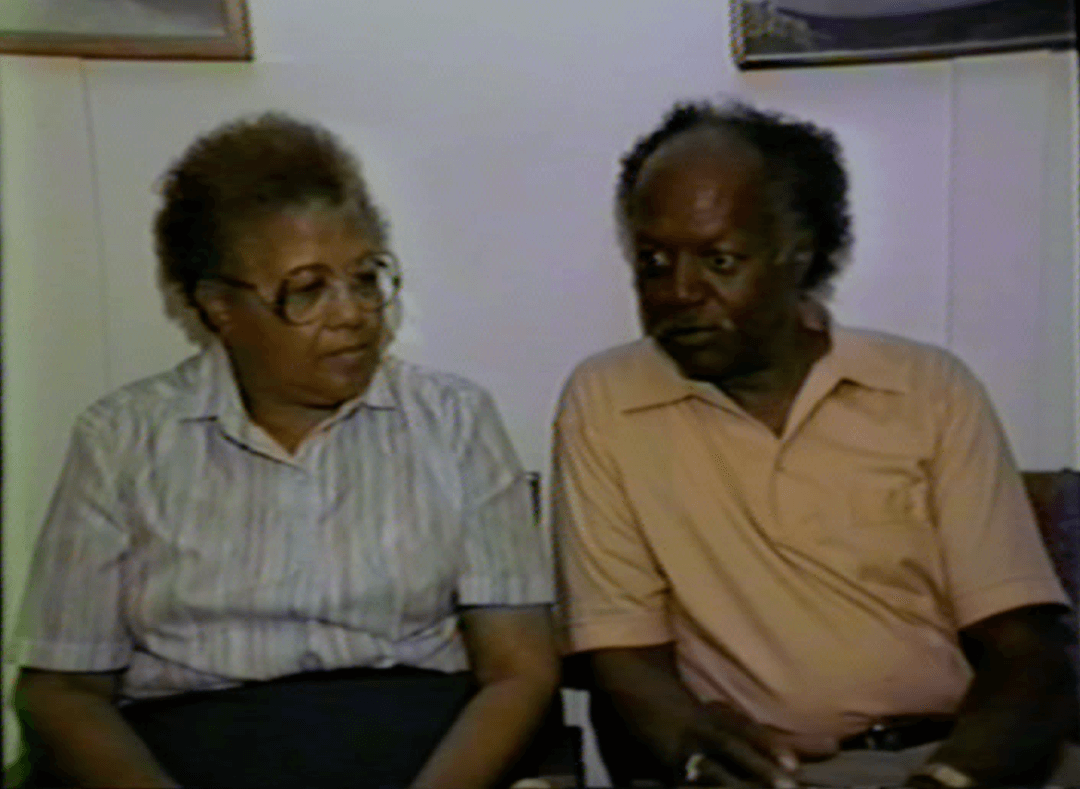 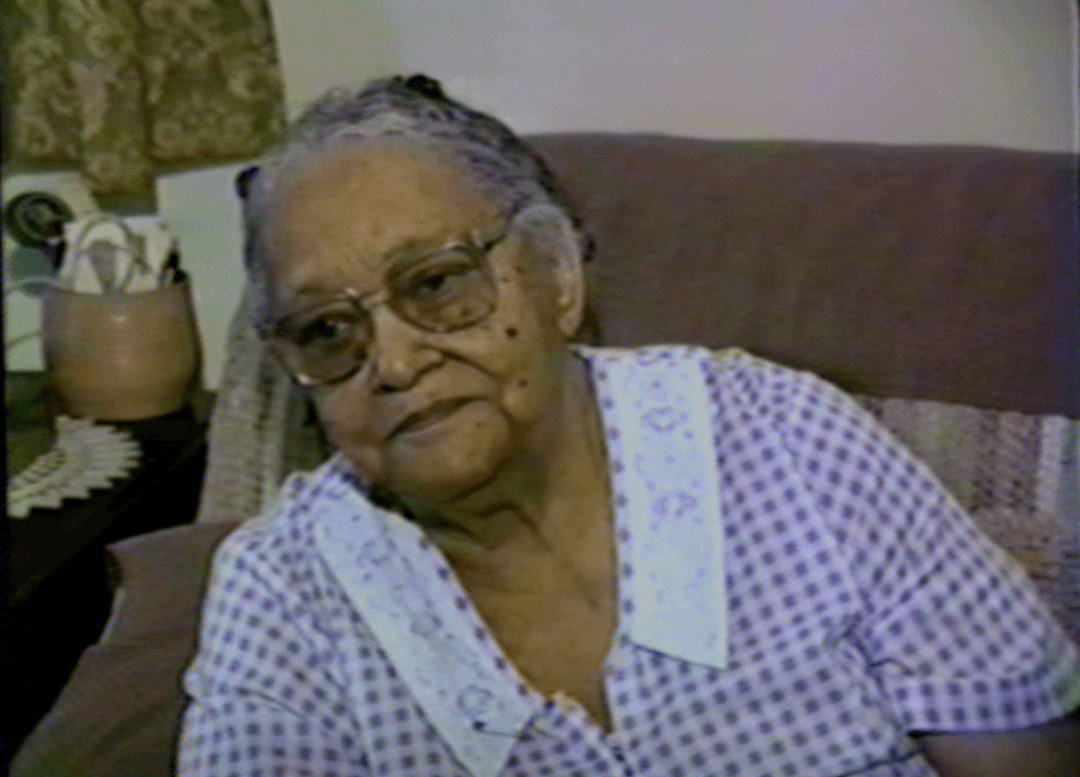 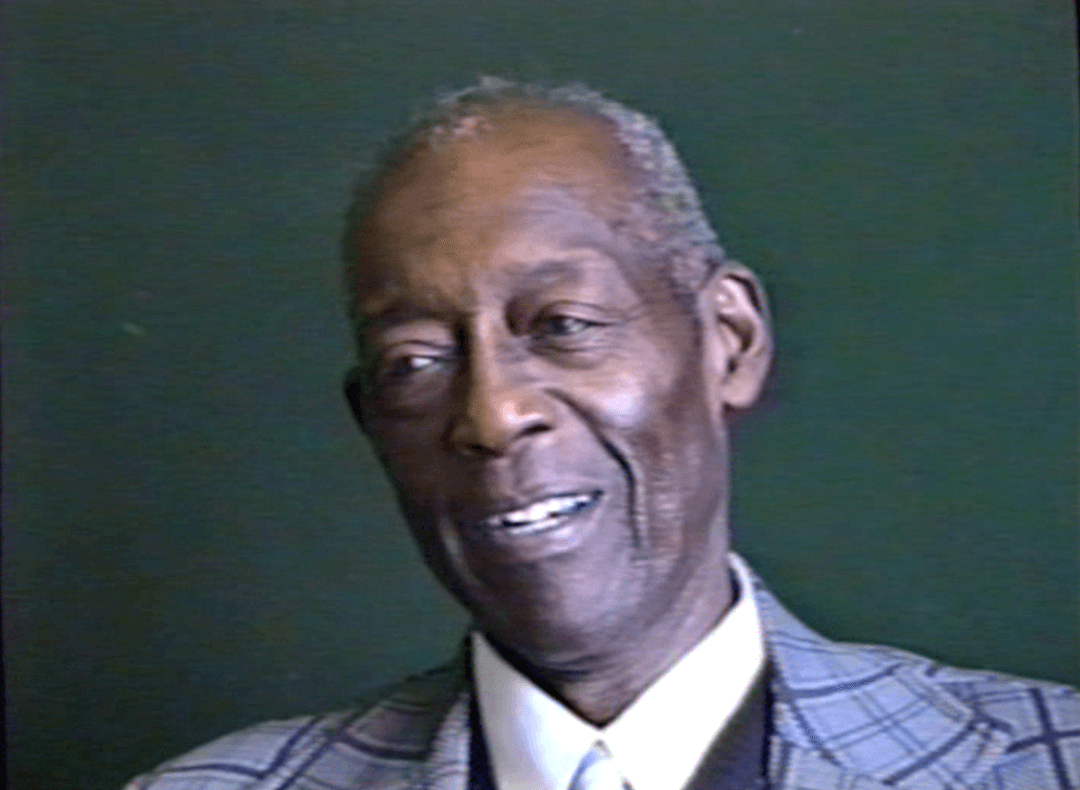 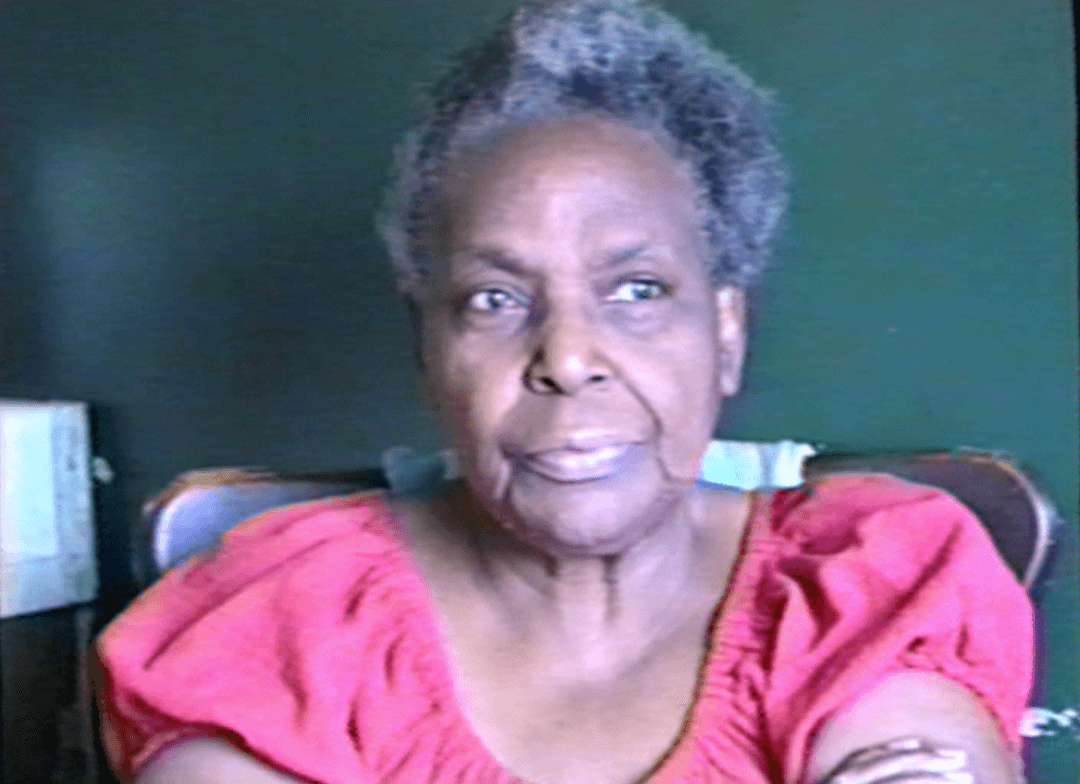 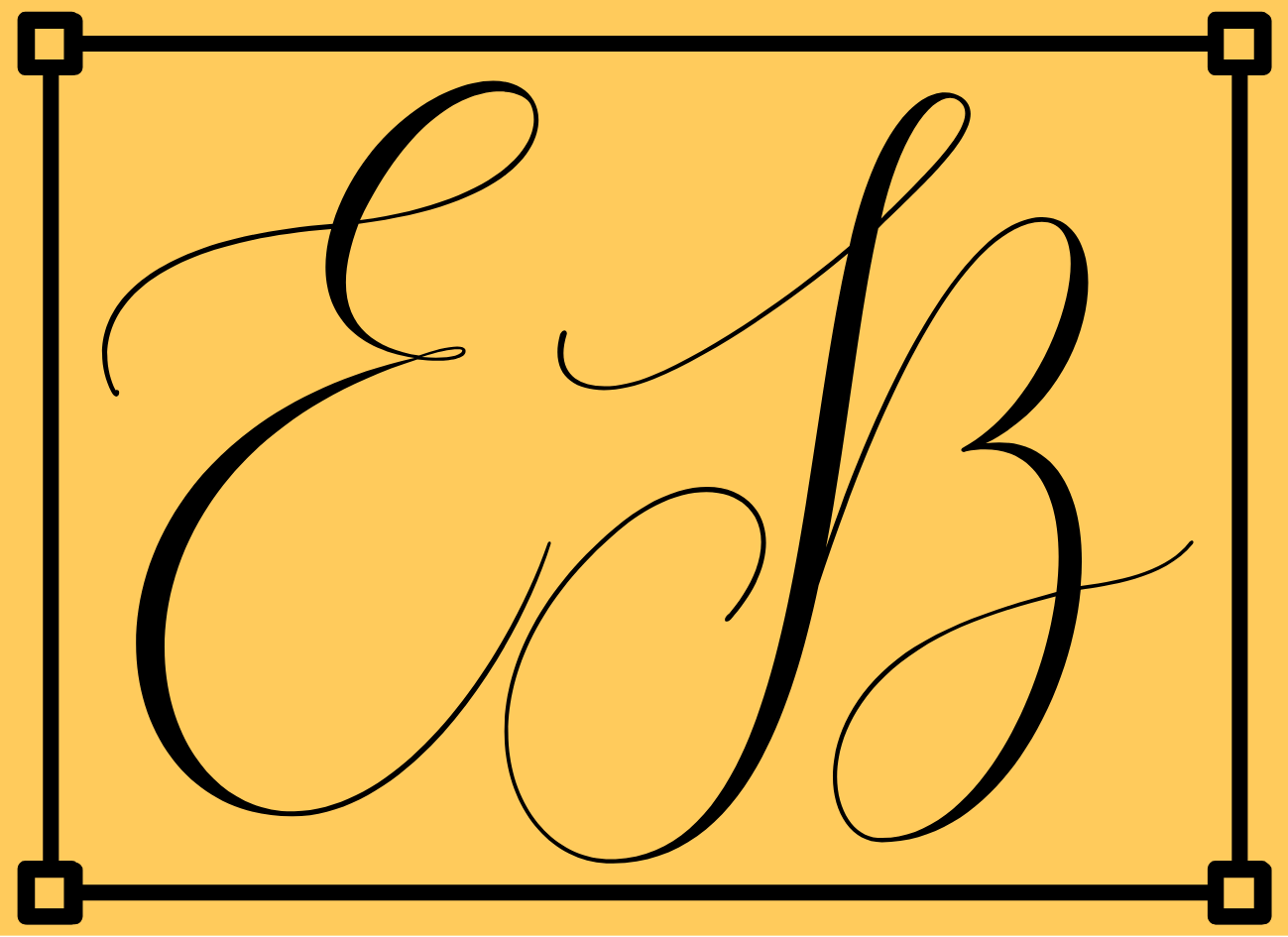 Bernice was born in Maryland but came to Newton Hook when she was three months old. Her family went back and forth to Maryland to recruit workers. Her father worked at Atlas Cement.

She stayed mostly with her Grandmother, Alberta Lynch, who had a boarding house with 50 to 75 people who worked at the Brickyards. She cooked three full meals a day, like ham and cabbage for supper, for shift workers. The stove was a wood stove that Bernice and her uncle kept filled with wood so the fire would be hot all day. They learned to cook without a thermostat.

Bernice doesn’t use cookbooks; she only cooks from memory. Fried chicken is what people like best. Bernice gave instructions for making fried chicken: first clean the chicken, then soak it in salt and water, then dip it in flour and bread crumbs, and add salt, pepper, and paprika. Always put a pat of butter or margarine in the grease in the pan. Put the bone side down first, then the skin browns crispy quickly. The family hunted and cooked game; pheasants, venison, and partridge.

Her father was a chef for big restaurants in D.C. His specialty was opening clams and oysters. He taught Bernice to make Dutch chocolate, vanilla, strawberry or peach ice cream with milk, cream, eggs, and sugar, just like custard. The ice came from the ice man. They chopped it and the kids cranked (churned) the machine that had a layer of ice then a layer of rock salt which melted the ice to keep it cold. Kids got to eat the ice cream that came out with the dasher. The dasher had blades and was in the center of the churner. The ice cream could be preserved as long as you kept it packed in ice and blankets.

This oral history project was a broad-based program undertaken by The Black Legacy Association of Columbia County (BLACC), which was formed in the late 1980s under the umbrella of the Columbia County RSVP (Retired Senior Volunteer Program) through Columbia Opportunities, Inc. The association’s subheading was “From Slavery to Freedom in a New York County.” The agencies which made up BLACC were RSVP, World Wide Mission for Jesus Team (formally called the Black Ministers Alliance), the County Museum, the county chapter of the NAACP, Columbia Preservation, Columbia-Greene Community College and the Minority Alliance at the college.

They wanted to show a "hidden legacy of Columbia County history" - the contributions made by the Black Community from slavery to present time. “While many later generations of Blacks migrated to the county there are still descendants of the original slaves living in this Hudson River Community…. [Black residents] helped to build it, [form] it, [fought] for it, [worked] in the whaling industry, at the iron mines in Ancram, in the many brickyards and prayed for it in their churches….The historical record of how the Blacks came here, what they did, how they lived, how they died, where they went to school, their social customs, their war efforts, their community involvement, their enclaves, their churches, their cemeteries have never been explored and researched in depth.” - from a NY Council for the Humanities grant application by the RSVP organization

They wanted to amass as much material as possible about African Americans in the area from slavery to the 1980s - including through oral history interviews - in order to create “respect for the contributions this group made in history.” All of these efforts led to the publication of a curriculum guide “Been Laborin’ Here All These Long Years AND Fruits of Our Labors, African American History and Culture in Columbia County, New York” based on interviews and research. The physical collection, including photos and documents, can be viewed at the Hudson Area Library History Room. For a representation of photographs and documents contained in the collection, click here, and for the curriculum guide, click here. 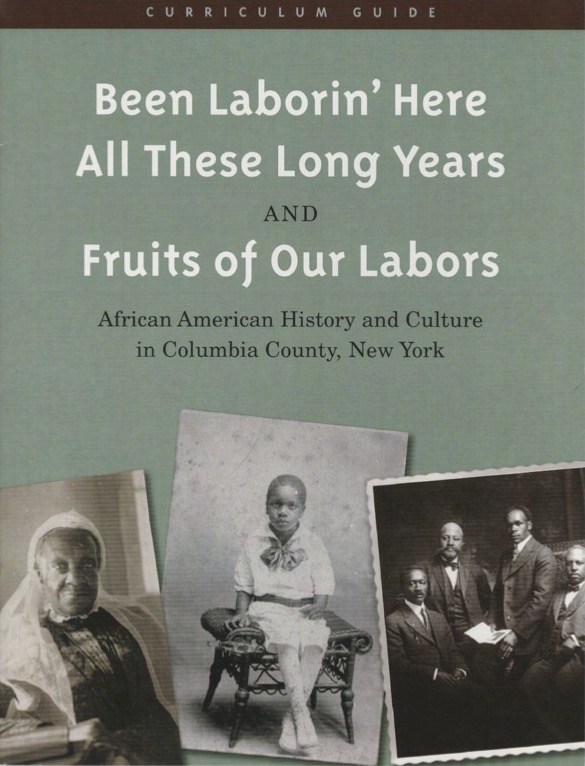 Thank you to our contributors

In 2019, the Hudson Area Library was awarded an Accelerating Promising Practices for Small Libraries grant from the Institute of Museum and Library Services (IMLS) for a collaborative project with Oral History Summer School (OHSS) to create interplay between this collection, the library’s oral history collection, and the 500+ life histories in the OHSS collection (Community Library of Voice & Sound). As part of this project, the library was able to digitize the video and audio recordings and archive the documents, photographs, and ephemera in the BLACC collection.

In addition to the individuals, partners and funder noted above, we wish to thank Brian Buckley for his work developing this website, Quintin Cross and Tiffany Garriga for their support of this collection finding a home at the library, library staff and several community members for helping write summaries for the oral histories, Marie O’Toole for her work archiving the collection and developing a finding aid, and to the team at WiLS and our Community Memory Cohort for the IMLS grant for their support and encouragement with this special project.

The Hudson Area Library History Room depends upon the generosity of individual donors as well as grants and other public funding. Your donation can help us to fulfill our mission of preserving and making collections like the Black Legacy Association of Columbia County collection accessible to the public.

Please send any questions, comments, or corrections to history@hudsonarealibrary.org or contact us by phone at 518-828-1792 x106.